Difference between revisions of "Demo parts" 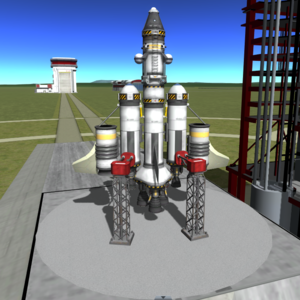 A four-stage rocket featuring every part available in the demo.

This page lists the rocket parts that are included with the free demo version of KSP, currently a stripped-down version of 1.0, even though the version number indicates otherwise. These parts are sometimes called vanilla parts or default parts, although these terms usually refer to the stock parts available in the full version.

Only Career and Sandbox modes are available, and the Spaceplane Hangar is locked.

There are no scientific parts included in the Demo.