The Engine Nacelle is an air intake for jet engines originally developed for the C7 Spaceplane pack, and has become a stock part since 0.15.0 and the introduction of the Spaceplane complex.

The Engine Nacelle is heavier, and takes in less air than the Circular Intake and Ram Air Intake, but it has an attachment node at the front. It also carries a small amount of fuel so it acts like a combination of a XM-G50 Radial Air Intake and a Mk1 Liquid Fuel Fuselage. Although it carries only less than a third of the dedicated tank the dry mass of the combination is higher and the intake area slightly lower. 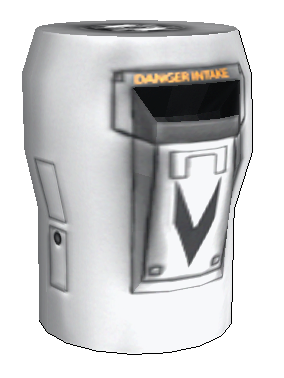