The fuel tank provides fuel for all RCS thrusters of the ship. There is no need to place the thrusters directly on the tank. If there are several RCS fuel tanks the lowest will be used first to avoid jettisoning full tanks while preserving empty ones. Similarly, RCS tanks are emptied radially from the outside in. Within a stage, radial position takes precedence over vertical. 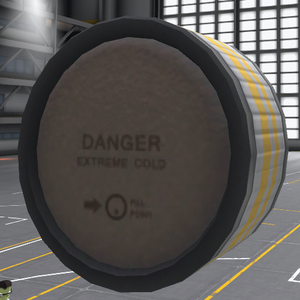 Prior to version 0.90.0, somewhat counter-intuitively, two FL-R10 RCS Fuel Tank contained the same amount of monopropellant as a single FL-R25, yet saved 0.05 units of dry mass. The smaller tanks can also be placed radially, which made them the better choice for nearly all applications. Since v0.90.0, the FL-R25 holds slightly more than three times as much monopropellant, with similarly greater mass, edging out the equivalent in FL-R10 by 0.006 units, saving about 0.5% overall.