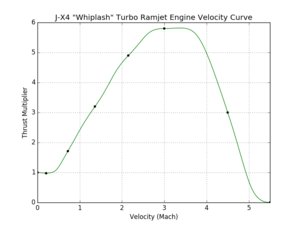 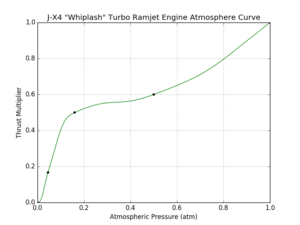 The internal part's name is turboFanEngine which is another kind of jet engine. In real life, a turbojet engine's fan pulls all the air from the intake through a combustion chamber, as opposed to a turbofan in which some of the air sucked in bypasses the chamber and is shot out of the back without being burned at all. (e.g. the turbofan is a turbojet with a large fan attached to the front) The turbojet is more efficient at high speeds and in thinner atmospheres, although turbofans are much quieter and are very efficient when moving slowly. This is why turbofans are almost exclusively fitted on commercial airliners, and turbojets are more common on supersonic planes. However, consider the bleed after the combustion chamber, it indeed does not burn all the air that come into the engine. However, those air is not actively "sucked in" to the engine, even though the accelerated engine exhaust will pull them in.