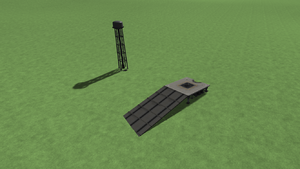 The Woomerang Launch Site is a relatively austere launch site located in Kerbin's northern hemisphere, added in Making History 1.0. Contains a launch pad in a somewhat different style from that at KSC and a water tower. The site is called Larkes in CommNet. 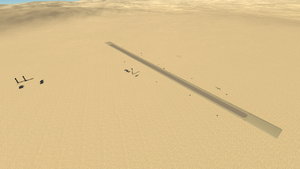