A green Monolith on Eve. 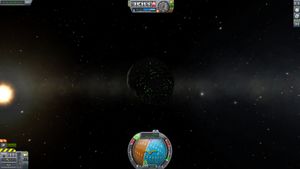