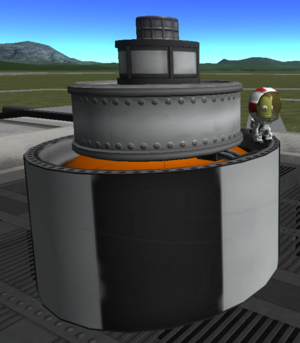 Comparison of radial sizes with a Kerbal for scale. From top to bottom: Tiny (Size 0), Small, Large, and Extra Large (Size 3).