The second method, although far more complex is also the most efficient way to deliver continuous 100% coverage of the entire surface. John E. Draim published a paper in the J. E. DRAIM. "Three- and four-satellite continuous-coverage constellations", Journal of Guidance, Control, and Dynamics, Vol. 8, No. 6 (1985), pp. 725-730. outlining a proof that complete coverage could be achieved with only 4 satellites deployed in a tetrahedron. It produces large swaths of multiple satellite coverage and no areas are ever out of coverage.

In technical terms, all satellites have an identical semi-major axis sufficient to provide a wide footprint but close enough to not induce signal attenuation, they have an identical eccentricity so their apogee and perigee are identical, identical inclinations so that each will eventually cover polar regions in addition to equatorial ones, are spaced apart by 90 degree intervals in their Latitude of Ascending Node to ensure each having a unique 1/4 of the planet "slice" opposite the others, arguments of periapsis alternating between 90° and 270°, Mean Anomalies at Epoch (all with Epoch of 0 for convenience) with 90° intervals between each so they are spread out properly in their progress along their orbits. An Illustration of this for Earth orbits is in the picture below: 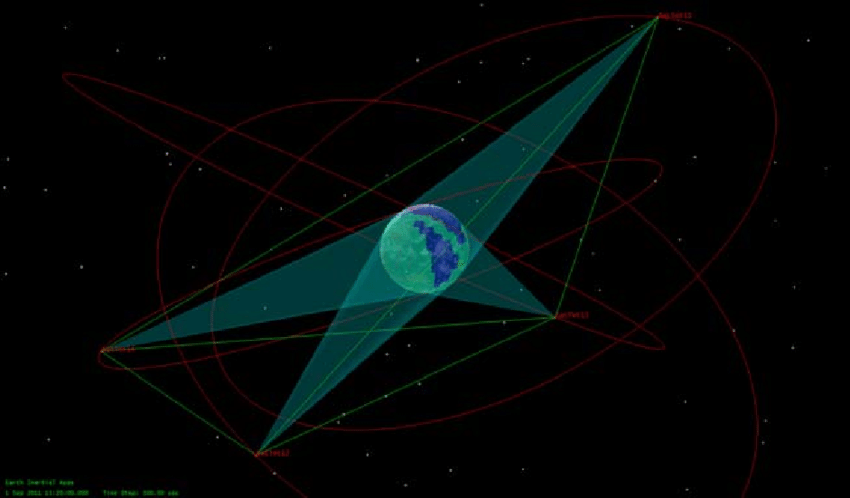 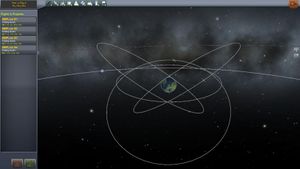