Difference between revisions of "Tutorial:Mun Landing" 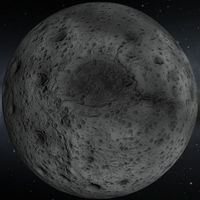 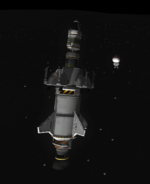 Travel light. The more you incorporate in the top stage, the more thrusters you'll have to add to the stage below, and so on and so forth. 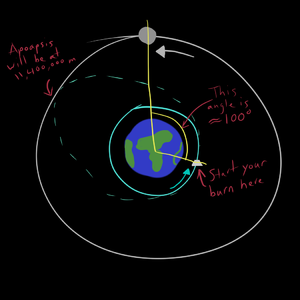 A shoddy illustration of how to reach Munar Trajectory in a single orbit. 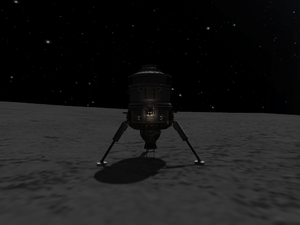