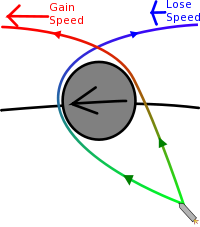 To get even more out of a gravity assist, you can perform a powered gravity assist. As you know, accelerating at your periapsis has the greatest effect on your apoapsis. This still applies to your periapsis during a gravity assist. When you accelerate during your fly-by, this fuel is used very efficiently to increase the apoapsis of your final trajectory. This is, however, a very difficult technique, because it is hard to control your final trajectory, even when using a maneuver node. 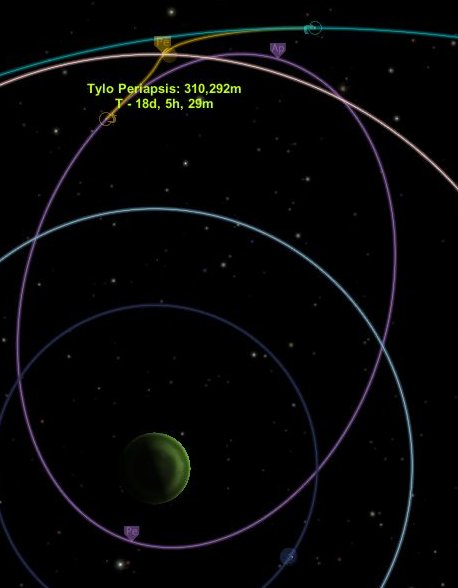 Using a reverse gravity assist around Tylo to get into a Jool orbit. The necessary course correction required less fuel than getting close enough to Jool for an aerobreak maneuver. It is also much safer than aerobreaking.
Retrieved from "https://wiki.kerbalspaceprogram.com/index.php?title=Tutorial:_Gravity_Assist&oldid=11923"