Island Airfield (a.k.a. "Insular Airfield" or "Old Airfield" before official naming) is an "anomaly" or easter egg consisting of a landing strip running east-west and, south of it, a control tower and two open hangars. Flanking the buildings are also six rectangular sections of various dimensions outlined by low walls. The airfield appears abandoned and in disrepair. It is a alternative launch location unlocked by default, and can be accessed in any game from the SPH 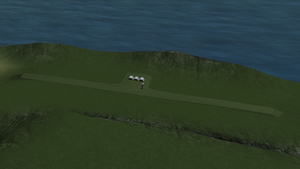 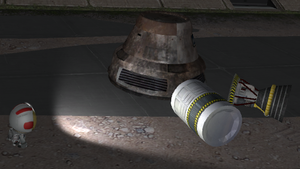