This tutorial will teach you how to add airlocks for your Kerbonauts to access, and ladders for them to climb, directly to parts like how it is done with the current command modules. This will work for any part, not just command pods.

Add a simple box for your Ladders and/or airlocks in a modeling software of your choice. 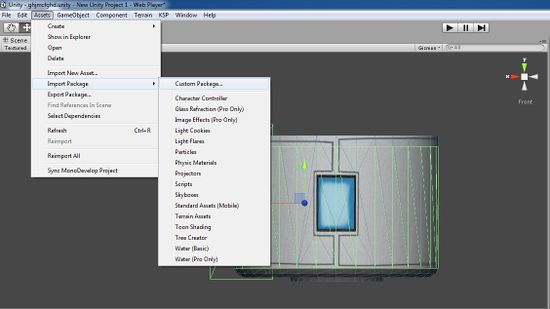 Load up the unity editor and import the new parttools, then import your model and textures. After this, parent your model to a Gameobject with the KSP parttools components.

An important thing to remember with your model once imported, is that the origin of the model MUST be inside the model area that acts as a physics collider, ideally in its center. If this isn't so, you will find later on a problem ingame of "Hatch Obstructed, Cannot exit" Fiddling the center generally fixes this. 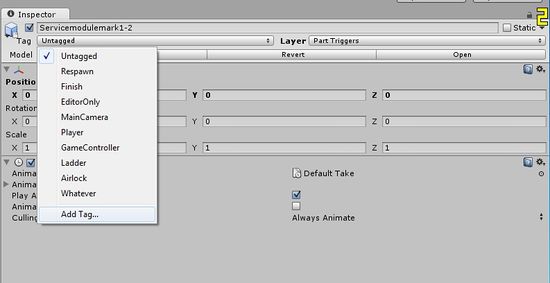 Select your ladder or airlock mesh and add new tags by going into the TagManager and choosing "Ladder" and "Airlock" tags. In the same menu name one of the User Layers "Part Triggers".

It seems that "Part Triggers" name must be given to the layer #21 (as shown in the picture). Otherwise ladders don't work.

Also, when placing ladders in Unity Editor, keep in mind that Kerbal climbs up the ladder's local Y (green) axis, facing local Z (blue). Note that Unity's "green" and "blue" axes may differ from those in your 3D modelling program. 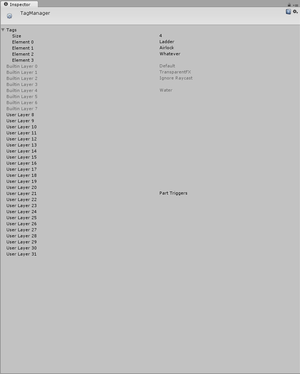 Select your airlock/ladder mesh and set the Tag to Airlock/Ladder and Layer to Part Triggers. Afterwards, delete the meshrender and make it a mesh collider, just like you would make a node_collider. Remember: airlock and ladder pivots must have same coordinates! And they should have some intersect with main collider. 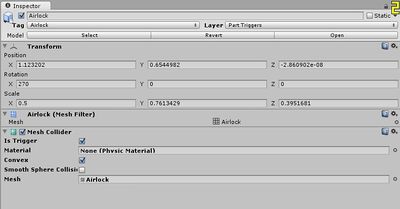 Tick the "Is Trigger" tickbox, and write with the parttools component as usual.

Add "CrewCapacity = # to your .cfg to define the total number of crew members that may enter.

Now you should be able to use your ladders and airlocks in-game!