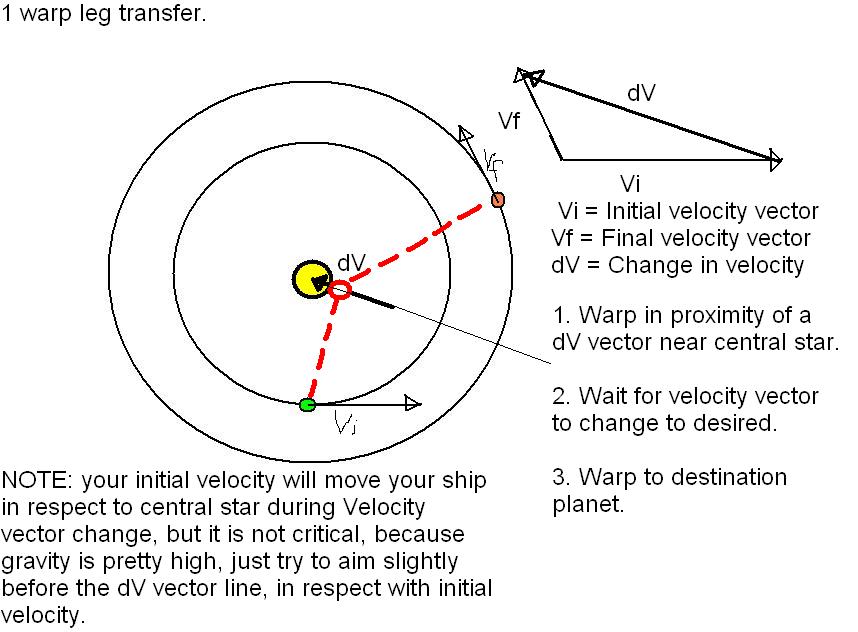 How to transfer to another planet using (Alcubierre) Warp Drive (Interstellar Mod) without expending a lot of dV on velocity changes.

Step 3. Warp close to a point, that is on a dV vector and near central star (as close as you dare)

Step 5. Warp to the target planet, and fine-tune orbit as required.


Getting to the proper region to perform the dV change without burning engines can be hard without mod-help. If you have MechJeb installed, to find the dV vector near the central star, you can use maneuver planner. Select match velocities with target after 0 sec. That will give the entire dV (vector) in terms of a maneuver node. Now position yourself using warp drive so, that the maneuver node is pointing directly towards the central star (i.e. the bottom-most part of the nav-ball when in interplanetary space). After that you can optionally adjust the distance from the star, to make the dV change more efficiently and quickly
The closer you are to the central star, the harder will the gravitational pull be meaning the change in velocity will happen in a shorter time.