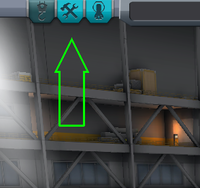 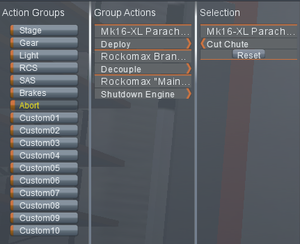 An action group is a group of part actions that can be triggered using certain buttons or keys. They can be configured under the Action Groups tab in the VAB or SPH.

The player can start with action groups enabled in career mode with a custom difficulty setting. All action groups are always available in science and sandbox modes. 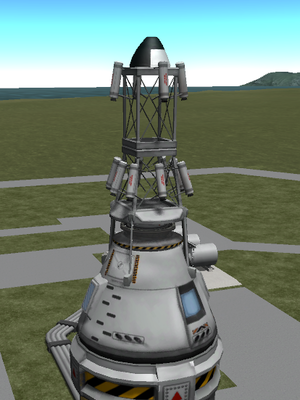 An action group can cause any action that can also be triggered by right-clicking a part and making a selection from its popup menu. This makes action groups useful for coordinating the functions of multiple parts all over a spacecraft, or for making the same change to several identical parts. Action groups trigger all their parts simultaneously, allowing quick changes in situations where using the popup menus would be impractical or dangerous, such as surface landings or while the engines are throttled up during a maneuver.