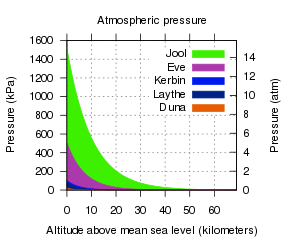 The atmosphere of a celestial body slows the movement of any object passing through it, a force known as atmospheric drag (or simply drag). An atmosphere also allows for aerodynamic lift. The celestial bodies with atmospheres are the planets Eve, Kerbin, Duna and Jool, as well as Laythe, a moon of Jool. Only Kerbin and Laythe have atmospheres that contain oxygen and thus produce intake air for jet engines to work, as well as allowing Kerbals to take off their helmets. 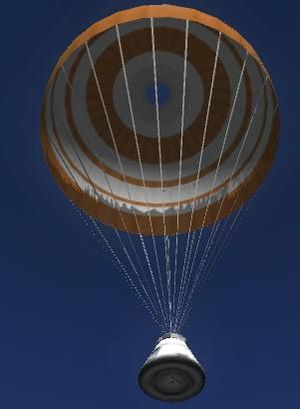