From Kerbal Space Program Wiki
(Redirected from How to get to Eve)
Jump to: navigation, search 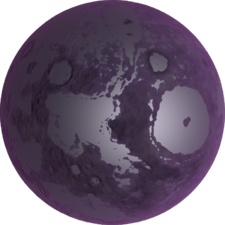 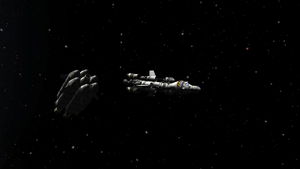 Only consider building an upper stage if you want to perform a landing. It should consist of, at the very least, a lander that can touch down on the surface and two heat shields, one at the nosecone and one near the engine. You may also want to consider packing some extra fuel, in case either:

If you want to land, you will not need as many parachutes as you would for a landing on Kerbin due to a thicker atmosphere. You may want to consider landing rockets just in case you lose your chute. If you are seriously planning on going home, you will need very large rockets for this stage. You will also need an heat shield as the atmosphere is very thick that causes the Eve Effect

Adjust your orbital path to where you would like to land, and continue aerobraking to bleed off that extra velocity. Eventually you will be caught on a terminal descent through the atmosphere. You will notice that due to the thicker and larger atmosphere than Kerbin's you will descend much more slowly. Deploy your chute(s) to slow down even further. Lower whatever landing gear you brought with you and fire retrorockets if the chutes aren't slowing you down enough. Ultimately we're going for a typical touchdown speed (6–12 m/s). Try not to succumb to the Eve Effect

Make a surface base. Make an giant orbital station around it. Completely colonize Eve