Our first complete mission will be a recreation of the launch of Sputnik, the first man-made object to enter Earth's orbit. The successful launch of Sputnik in 1957 by the Soviet Union was a shock to the whole world. While the space programs by different branches of the US military were mostly impressing with explosions on launchpads unplanned vehicular disassemblies, nobody expected the Soviet Union to already be so far ahead in rocket science. The beeping sound of Sputniks transmitter - strong enough to be picked up by amateur radios all around the world - was a wake-up call for the West to finally start taking space exploration seriously. Now we are going to recreate this historic mission. 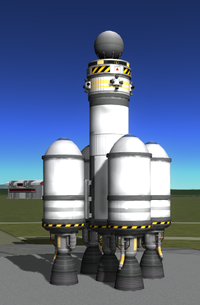 We need to add a battery bank to the payload, because the Stayputnik command module requires energy to stay operational. During the ascent the engines will generate energy, but after orbit insertion it will have to work on its own energy reserves. By itself it can store 5 units of energy which keeps it operational for just over 2 minutes. Afterwards it just becomes debris. The Z-500 adds another 500 units of energy which is enough to keep it operational for several orbits. Using the Z-100 battery packs would be more mass-effective, but unfortunately they aren't as elegant to integrate into a rocket design. 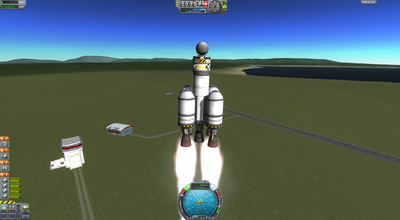 Before you start your flight, switch on RCS and SAS so you have better control over your rocket. Also, switch your nav-ball from surface-mode to orbit-mode by clicking on the dial above it (it should read "Orbit 174.5m/s"). 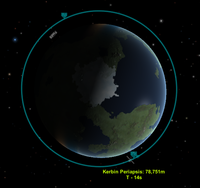 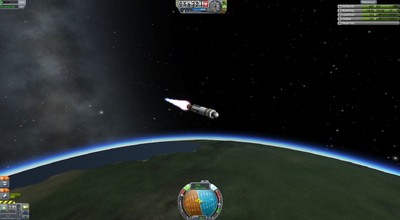 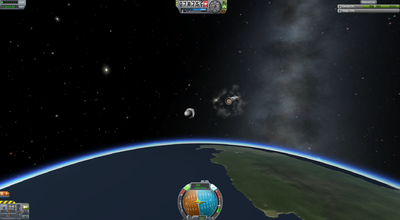 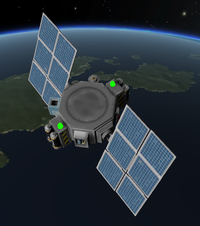