The CH-J3 Fly-By-Wire Avionics Hub is a standalone SAS module. Visibly designed for the nosecone of aircraft, it functions equally well in the vacuum of space.

Simply attach the CH-J3 and it adds automated stability capabilities to craft otherwise lacking SAS functions. This may be useful if the craft is crewed only with kerbonauts lacking the “Pilot” specialization.

In its previous incarnation as a science sensor the description was:

In its even older incarnation as an SAS module, it was called the avionics package, and the description was:

Originally the CH-J3 was called the Avionics package. and served as a toggleable module that provided SAS functionality. This kept planes from spinning out of control.

In version 0.22, the workings of SAS (and “ASAS”) were changed and came to be built into each command modules. This made standalone SAS modules superfluous, and the part was repurposed as as a sensor for gathering science, and renamed The Sensor Array Computing Nose Cone.

In version 1.0, the Atmospheric Fluid Spectro-Variometer was added to handle atmosphere analysis, and the addition of kerbonaut specializations made not every kerbal semi-capable of piloting. So it was restored to its original role as a SAS module and renamed. 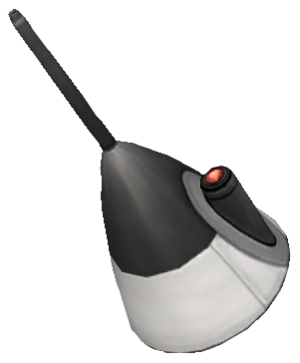 Current model of the CH-J3 part