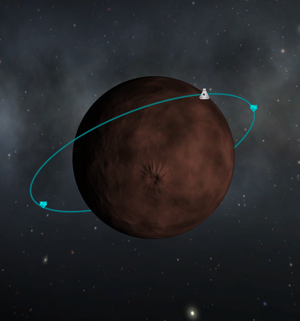 An orbit is an elliptical path around a celestial body. The point on an 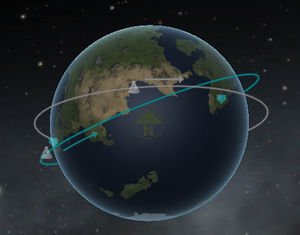 With an inclination of 20° these two crafts orbit planet Kerbin

The angle, by which an orbit is inclined in relation to another orbit. Inclination also used in reference to the equator of a celestial body. 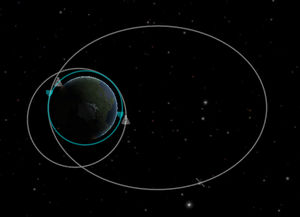 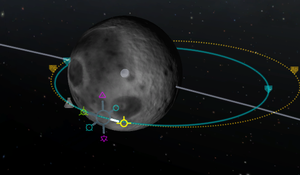 In analogy to the real world low Earth orbit (LEO) an LKO describes a stable low orbit around Kerbin that can be achieved with relatively low cost of Delta-V. The lowest point of an LKO must not be lower than 70 km in order to stay clear of atmospheric drag. The altitude of an LKO typically does not exceed about 200 km.

Various other orbits can be defined. The list of orbits on Wikipedia contain many common ones in the real world. They can be recreated by modifying the core features of the orbit to match the smaller universe.

The save files (and scenarios) in KSP are plain text and human readable. Inside you will find information on the orbit of every craft currently in the game. It looks something like this:

Each of these terms has a meaning, and changing them (and then re-loading your save game) will change the orbit of the vessel in question. (definitions shamelessly lifted from Wikipedia)