The GDLV3 is a rocket used to refuel spacecraft. Its payload only consists of a FL-T800 Fuel Tank with a single Clamp-O-Tron Docking Port Jr. mounted on top. The GDLV3 is intended to be used as a launcher which includes an easily replaceable example payload. The GDLV3's example payload does not have any method of control and may need players to add a Reaction Control System, reaction wheels, and a command module so players can actively dock and refuel orbiting craft.

If you don't wish to use it for spacecraft refueling, the GDLV3 can also be used for launching satellites and probes. Simply put, it's a good candidate for becoming the workhorse of your fleet (at least where unmanned missions are concerned). 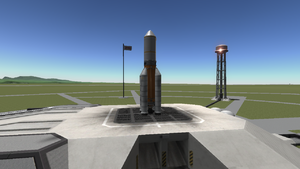 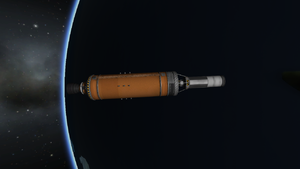