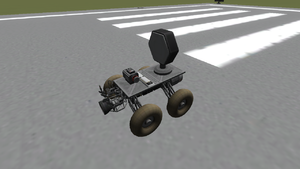 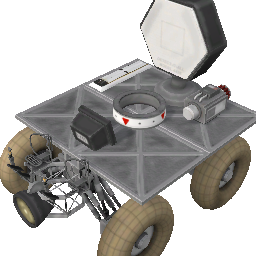 The rover's image on the stock craft selector. 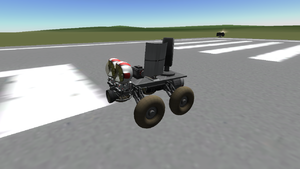 The craft is a 4-wheeled rover which at the beginning has no manned seats and is uncontrollable. It has a decoupler on the back which could be used to skycrane drop the rover, or detach it from the side of a lander to be able to use. Its only source of gaining electricity is converting fuel via the Fuel Cell from the Oscar-B Fuel Tank underneath. After that, the rover will become unusable unless docked with an advanced grabbing unit, and to have that tiny fuel tank refueled. It is somewhat similar to the rover used on the Apollo Missions. It has a narrow band scanner and a surface scanning module attatched to it to scan ore as it drives and descends to a biome.