The Advanced Grabbing Unit (AGU), or The Klaw (or 'claw'), is a medium-sized docking device which can couple to any surface without the requirement of another docking device on the target to mate with. This is a virtual necessity for redirecting asteroids or comets, though the AGU can be used to grab onto much more than just asteroids. In fact, it can grab just about anything, even Kerbals. 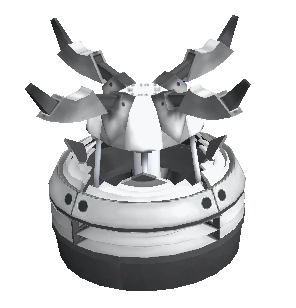 The AGU is the primary means of capturing and redirecting asteroids, and of destroying a planet and vessels within 200m of the klaw under certain circumstances [1]. It's also useful for craft-to-craft docking or for exchanging resources with craft or debris without a docking port. As with docking ports, resources (liquid fuel, electricity, etc.) can be exchanged with the target. And objects connected by claws are controlled together as a single entity. It's like a docking port, but without the complexity of aligning with a receiving port on the target. Kerbals grabbed by the AGU's claw will go limp in a ragdoll state and can be carried with the craft.

Operation is simple. Its state toggles between Armed or Disarmed. While disarmed, it behaves like any other part. Once armed, approach perpendicularly to the target surface at no more than a few m/s and the extended claw will automatically grab anything it collides with (or that collides with it), docking the target to the current vessel.[2] To undock from the target, right-click the AGU and choose Release. 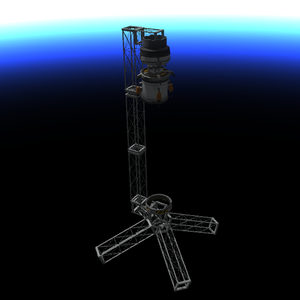 In versions prior to 1.1, it was possible to break the game by connecting to a klaw that is not on the active vessel. The celestial body being orbited would disappear as soon as the klaw connects (see image in sidebar). Doing the same maneuver in recent versions of the game works properly. 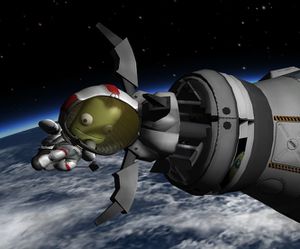