The Mastodon has the second-highest thrust-to-weight ratio of any liquid fuel engine in the game, trailing only the "Twin-Boar", which has the highest after subtracting away the integrated fuel tank. Because the Mastodon can be independently mounted, clusters of this engine are an ideal way to lift extremely heavy payloads, such as 5-9 mounted on the Kerbodyne Engine Cluster Adapter Tank.

As of version 1.4.1 this engine has three models that can be switched in the editor. 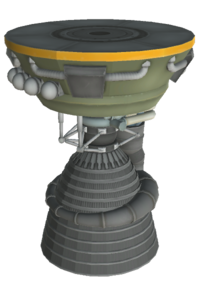 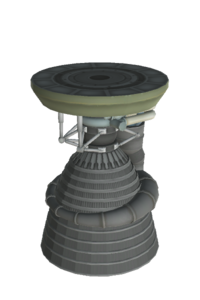 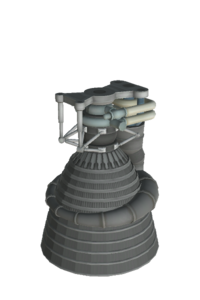 The engine was inspired by the American Rocketdyne F-1 engine used on the Saturn V. The engine is also featured in the stock [[1]] vessel.