The Protective Rocket Nose Cone Mk12A is a size 3 cap that fits in the front of a rocket.

This nose cone can be used to minimise the drag of a 3.75m stack when facing directly prograde, potentially making rockets more stable and improving fuel efficiency.

As of version 1.8, this nose cone has two models that can be switched in the editor. 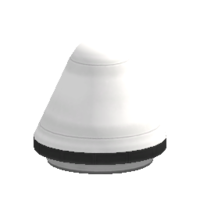 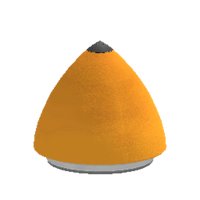 The different variants of the nose cone

Unlike many other parts, the orange nose cone has a different model than the white nose cone, instead of only a different texture.