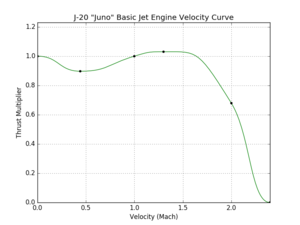 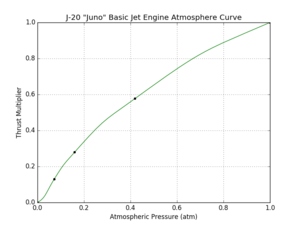 Its tiny (Mk0) size makes it useful for fuselage-mounted engines when used with the Mk0 Liquid Fuel Fuselage and the Small Circular Intake. Note that there are no aerodynamically-shaped command pods which share the same Mk0 size as the J-20, however many Probodobodyne Inc cores have the same general diameter. This engine is not for impatient pilots, as its acceleration is minimal, especially on the bumpy level 1 runway in early career mode.