The Twitch is used to provide thrust to a rocket. It is great for small probe landers because it has a high thrust-to-weight ratio. While it can be radially attached without a structural part and can be used to fit landing legs, it is less powerful and efficient than the 48-7S "Spark" Liquid Fuel Engine (though it is 50 kg lighter).

As of version 1.7 this engine has two textures that can be switched in the editor. 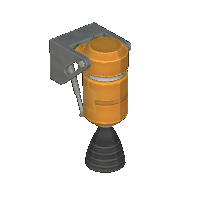 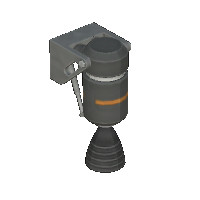